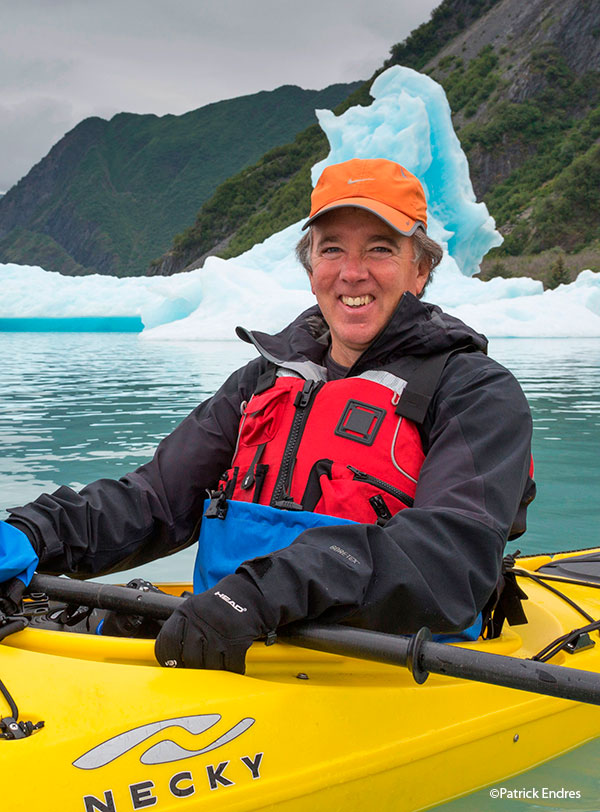 Some of you have been following Ron and his photography for years. For some of you this is your first introduction to Ron.

Ron’s is an interesting story.

In the mid 1970’s Ron’s family took a summer vacation to visit friends who had moved to Alaska. They never returned, literally. The family stayed on in Alaska while Mom returned to San Diego, CA to sell the family home. Home became interior Alaska in the area now known as Wrangell-St. Elias National Park. Their move to this vast wilderness developed two passions that have stayed with Ron to this day, his love of the outdoors and his desire to capture the beauty of the natural world in photographs. Taking the ordinary and using beautiful light and creative composition to create the extraordinary in photographs has taken Ron far in his career.

Ron attended college at Eastern Washington and then went on to get his masters at UCI. After graduating from UCI he stayed on in So Cal where he met his wife Janine. In 1991 they returned to Alaska and made Seward, Alaska home, where they still reside.

In 2002 Ron, along with his wife Janine, decided to follow his passion for photography on a full time basis leaving comfortable corporate jobs for the unknown life of a professional photographer. Ron and Janine never looked back.

In the early years Ron made his living solely as a stock photographer. His images have caught the attention of many and he is pleased to have among his clients such businesses as National Geographic, Sports Illustrated, Walt Disney World, Smithsonian, National Park Service and US Forest Service, Sony, Ford, Levi Strauss, Princess Cruise Lines, and Holland America. Ron’s images have appeared on covers and in many books and publications including Sunset, Alaska, Forbes, Fortune and Country magazines, Audubon and Sierra Club Calendars to name a few. You can view Ron’s complete stock photo collection at our website: Niebrugge Images.

Ron’s photography has taken him from above the Arctic Circle to below the Antarctic Circle. Once within a one month period.

On a whim, several years ago Ron decided to try offering a photo tour. It was a huge success and Ron found he really enjoyed guiding and sharing photography with like minded individuals. Over the years this aspect of the business has grown and Ron now offers 4 photo tours in Alaska. You can read more about them on our photo tour website: Alaska Photo Tours.

But a long time dream of Ron’s has been to own his own property where he can photograph without the limitations found in our beautiful national and state parks. After several years of looking for just the right property Ron finally found just what he was looking for which brings us to the present and the birth of Desert Photo Retreat.

Ron and Janine look forward to hosting you on this special piece of Sonoran desert.